Report: people living near zinc recycling facility should be concerned 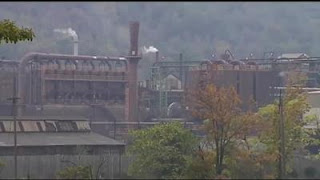 The lawsuit had cited violations of air, water and hazardous waste environmental laws at the facility, according to a news release from the Environmental Protection Agency. The EPA said the settlement will lead to environmental and public health benefits, including reduced lead dust exposure, for nearby residents. Lead exposure poses particular health risks to young children and pregnant women.

In settlement papers filed on January 19 in federal court, AZR agreed to carry out an estimated $4.3 million in measures to comply with federal and state environmental laws. The measures include improvements to monitoring of equipment, installing leak-detection equipment, implementing a dust control plan, and implementing a stormwater control plan, the EPA said.  The company will also pay a $3.3 million penalty, which will be divided equally between the U.S. and Pennsylvania.  This settlement is expected to result in substantial reductions of pollution from the AZR facility, including an estimated 47 million pounds of electric arc furnace dust over three years, according to the news release. The complaint and proposed consent decree were filed by the U.S. Justice Department, on behalf of the U.S. Environmental Protection Agency and the Pennsylvania Department of Environmental Protection.

The AZR facility in Palmerton is located on Aquashicola Creek, which flows into the Lehigh River. The facility reclaims zinc from electric arc furnace dust, a hazardous waste, the EPA said. The facility also generates waste kiln rubble, which includes hazardous lead and cadmium, according to the EPA. Aboveground oil tanks at the facility have an aggregate 61,000-gallon storage capacity.